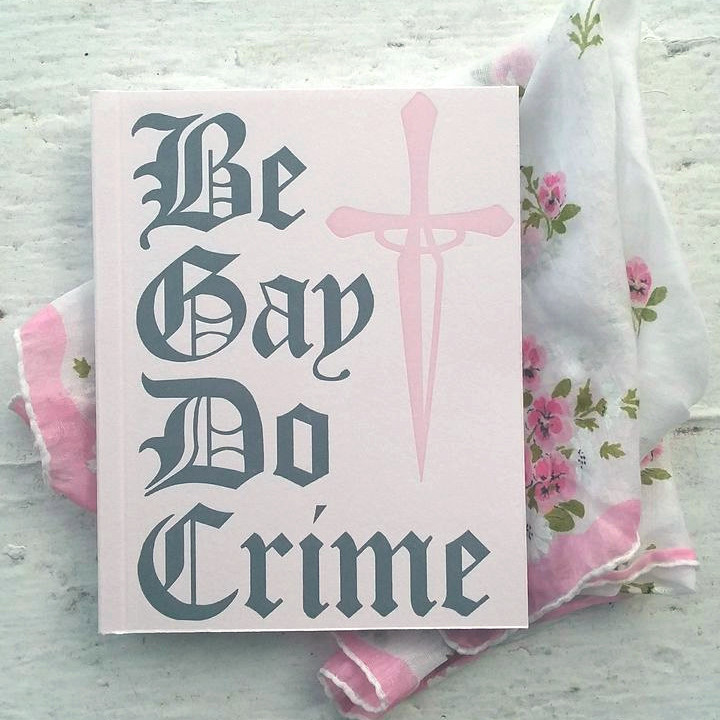 Be Gay Do Crime

by The Mary Nardini Gang

Among the discordant chorus of anons who penned the defining texts of the queer anarchist network Bash Back!, none was more fervent in its glorification of criminal desire, decadent hedonism, and social undoing than the Milwaulkee-based Mary Nardini Gang. Their fiery “Towards the Queerest Insurrection” still circulates as an integral manifesto of riotous queerness, while the “Criminal Intimacy” and “Whore Theory” have made their more subterranean way into innumerable conversations and correspondences.

Ten years later, the secretive group supplements these collected writings with a subtle retrospective. Carefully unlocking the hidden layers of their theses on insurrection, they face up to what they got wrong, concede that the world ended somewhere between the Greek insurrection of 2008 and now, and insist upon the vital task of ushering new worlds into being as we live amid the decomposition and cataclysmic death throes of the old one. To their theses on insurrection, they prepend a new arcana tooled for opening onto the queerest of outsides.

Dedicated to their friends among the dead, this pocket edition is a necromantic mirror, an encrypted message to old loves, and an invitation to those finding these words for the first time.